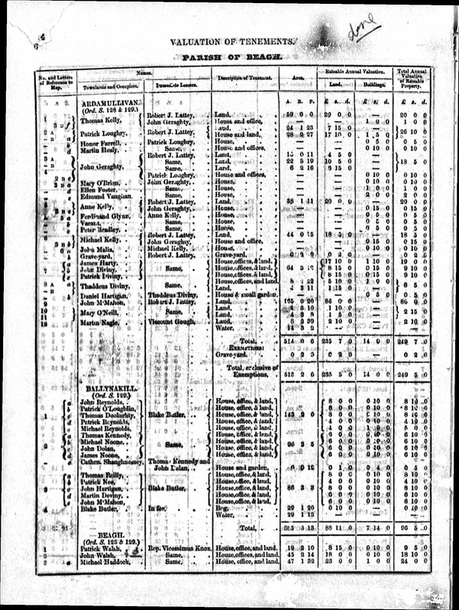 Each entry gives this detailed location information for each plot, along with the occupier's name, the immediate lessor (landlords - who is not necessarily the owner) name, description of the property, acreage, rateable valuation of the land and buildings, and annual valuation. In 1852, the valuation format was changed in the midst of the valuers' work. Thereafter valuation was done by Poor Law Union (rather than Barony).

Poor Law Union
The poor law union was introduced in 1838. Between 1838 and 1852, workhouses were built throughout the country, each at the centre of an area known as a Poor Law Union (PLU). These workhouses were generally situated in a large market town and the Poor Law Union comprised this town and its catchment area, the result being that the Unions in many cases ignored the existing boundaries of parish and county.