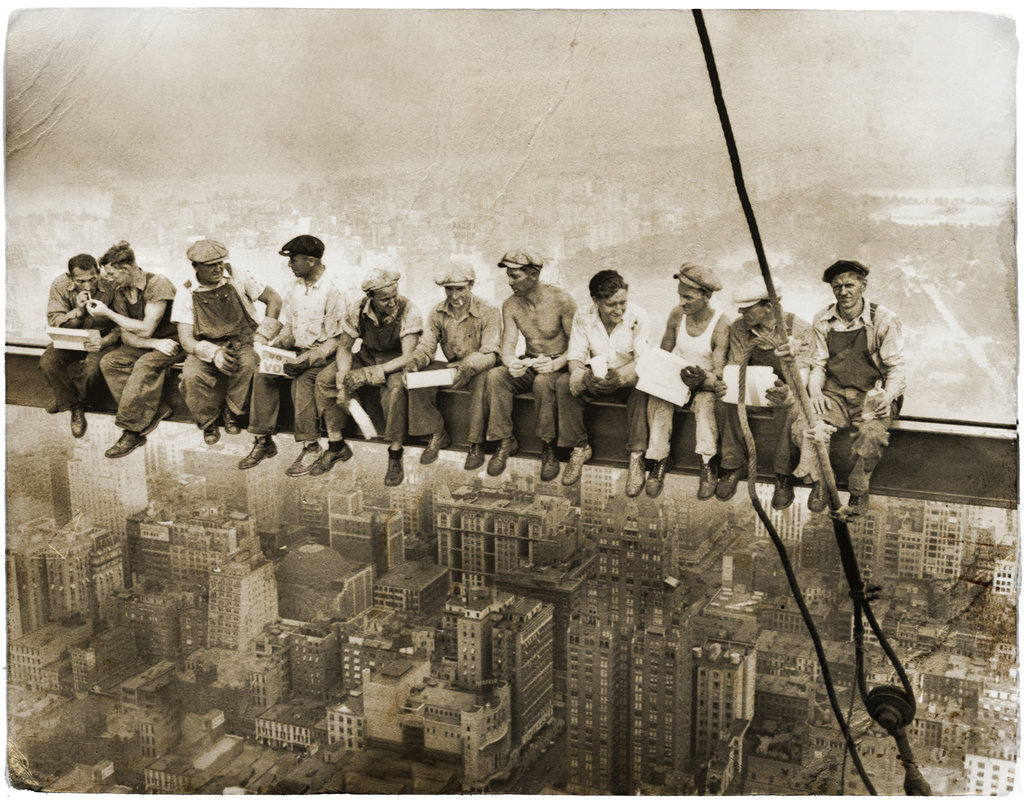 The photograph, at the heart of “Men at Lunch,” a new documentary investigating its subjects and context. Credit Bettman/Corbis​
Lunch Atop A Skyscraper
Taken on 20 September 1932, during the construction of Rockefeller Center, the well-known portrait of 11 immigrant laborers, legs dangling 850 feet above Midtown, ran in the 2 October Sunday supplement of The New York Herald-Tribune, with the caption “Lunch Atop a Skyscraper.” Everybody knows the picture. Nobody knows who took it. And for most of its 80 years no one has known who’s in it.​

A bit of the mystery is resolved in “Men at Lunch,” a documentary about the photo. The film establishes the identity of at least two of the long-anonymous workers. Joseph Eckner, third from left, and Joe Curtis, third from right, were cross-referenced with other photos that the O Cualains (director and editors of the documentary) were shown at Rockefeller Center. While the “Lunch” print itself bears no identifications, Eckner and Curtis were certainly the same men named on other photos taken that day.

Two others — at each end of the row, one lighting a cigarette, the other holding a bottle and glaring at the camera — were traced to Ireland, which is where the O Cualain brothers, natives of Galway, entered the story.... One is Matty Shaughnessy (left), the other is Sonny Glynn (right), both natives of Beagh. See their portraits below.